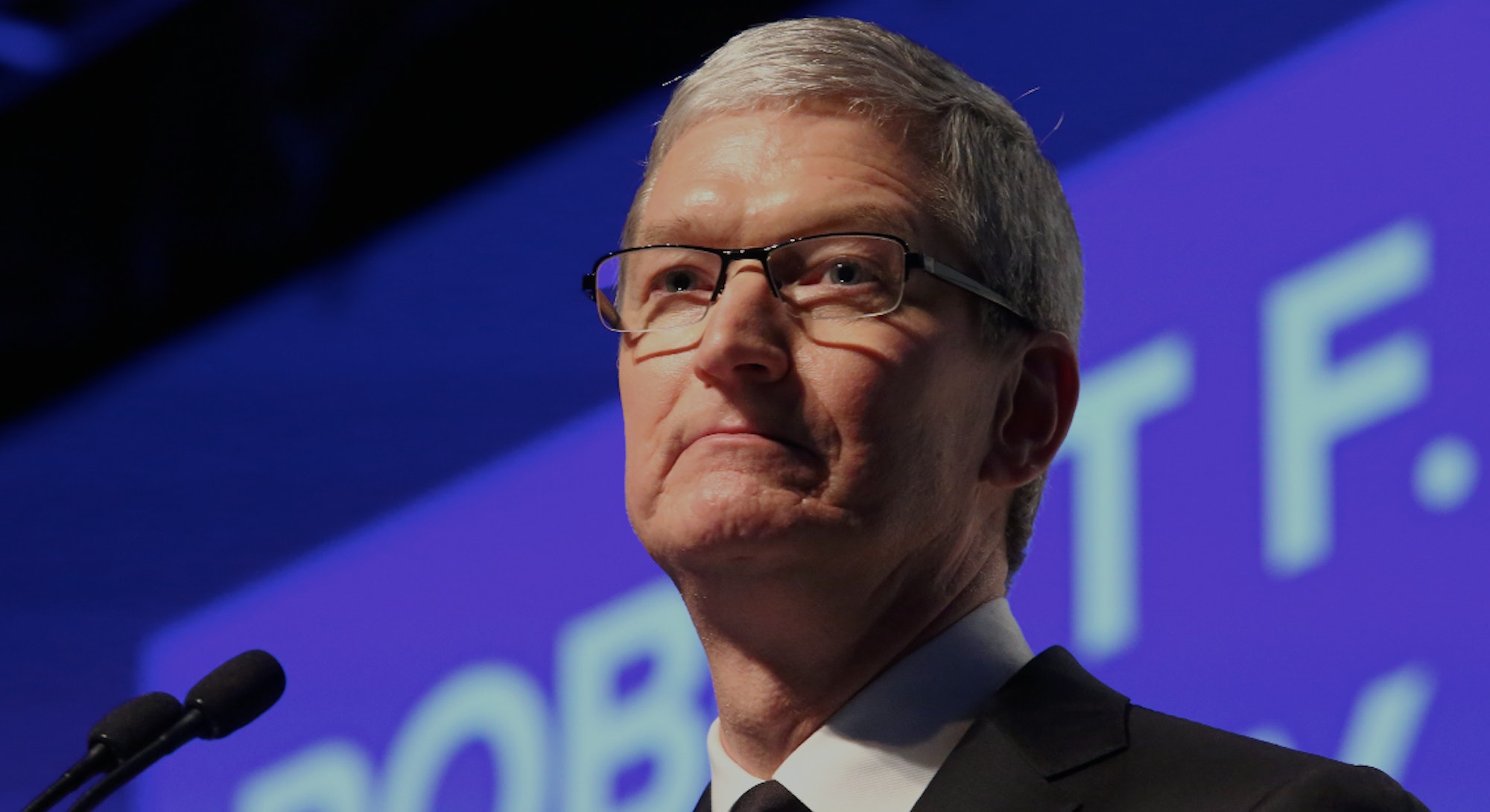 Tim Cook, Apple’s CEO, had the commendable audacity to “lash out” at White House senior officials when they met last week with him and heads of other major Silicon Valley tech companies over a so-called “back door” that would allow government agencies access to personal devices like phones, tablets, and laptops.

The meeting, which took place last week pivoted around encryption as it pertains to terrorist operations.

The government has long pressured tech companies to “cooperate,” by which they mean “obey.” Sometimes, these pressures succeed; other times, they do not. Cook’s alleged vehemence in defending the right to private connections via encryption suggests that, this time, the pressures may not have succeeded.

At a White House press briefing on January 8, Press Secretary Josh Earnest explained why the meeting was taking place: to address “…the need for the government and counterterrorism officials and law enforcement officials, in particular, to work more closely with the technology community to fight terrorism.”

When asked directly if encryption would be part of the meeting’s agenda, Earnest replied:

“It’s hard to imagine that it wouldn’t come up. And this is a particularly thorny element of that discussion, but it’s an important one nonetheless.

“But at the same time, we can’t allow terrorist organizations or extremists to be able to use communications online as some sort of safe haven that is beyond the reach of law enforcement and national security organizations. And so that certainly means that there are some complicated issues to work through. And the solutions aren’t necessarily obvious. But what is obvious is that there should be some common ground between technology companies who certainly do not want to see their tools used to carry out acts of violence.”

Critics say the moment you give government and law enforcement officials backstage passes, a few bad things start happening: First, these people invite all their friends. NSA? Sure, come on back. FBI? The more the merrier. Et cetera. Next, instead of just keeping a close eye on the performer — the person of interest, in other words; the suspected terrorist — these people start peering out at the crowd. “Look at how funny that one lady is dancing,” they’ll say, and then the next thing you know there’s unconstitutional domestic surveillance going on. The final thing that happens is that these VIP guests start getting a bit tipsy, then they’re drunk, and then next thing they know they’re letting sketchy guys from the back corner of the dance floor into the backstage area. In other words, the backdoor they created to monitor the bad guys is now available to the bad guys. We’ve seen this exact scenario before, with Juniper.

So, needless to say, Tim Cook — and hopefully other tech leaders — are wary of letting open these doors. Cook doesn’t want backstage passes to exist whatsoever: According to The Intercept, Cook urged the White House to explicitly rule out backdoors. (Government officials are most certainly dubbing him a buzzkill.) Cook has been outspoken about the need for and possibility of — both privacy and cybersecurity for Americans before. It seems that he actually cares about the issue.

Press Secretary Earnest, however, would probably suggest that it’s more of a business move. “[Cooperation with the government] is not part of [a tech company’s] business model. It does not make them look good. It does not help them win more customers to be associated with these kinds of efforts.” Later in the briefing, he elaborated:

“Well, certainly being able demonstrate their ability to protect somebody’s privacy I think is certainly good for their business model. Having that technology be used by terrorists, I’m not sure is. They would know better than I. I’m certainly not involved in running their business, and I’m not able to look at their numbers.”

And, regarding the privacy of American citizens? Earnest is unperturbed:

“There are obviously a lot of complicated First Amendment issues and other things. But our sense here is that there is some common ground that we should be able to find with technology companies. As I mentioned before, many of these technology companies that are participating in the meeting today are run by patriotic Americans.”